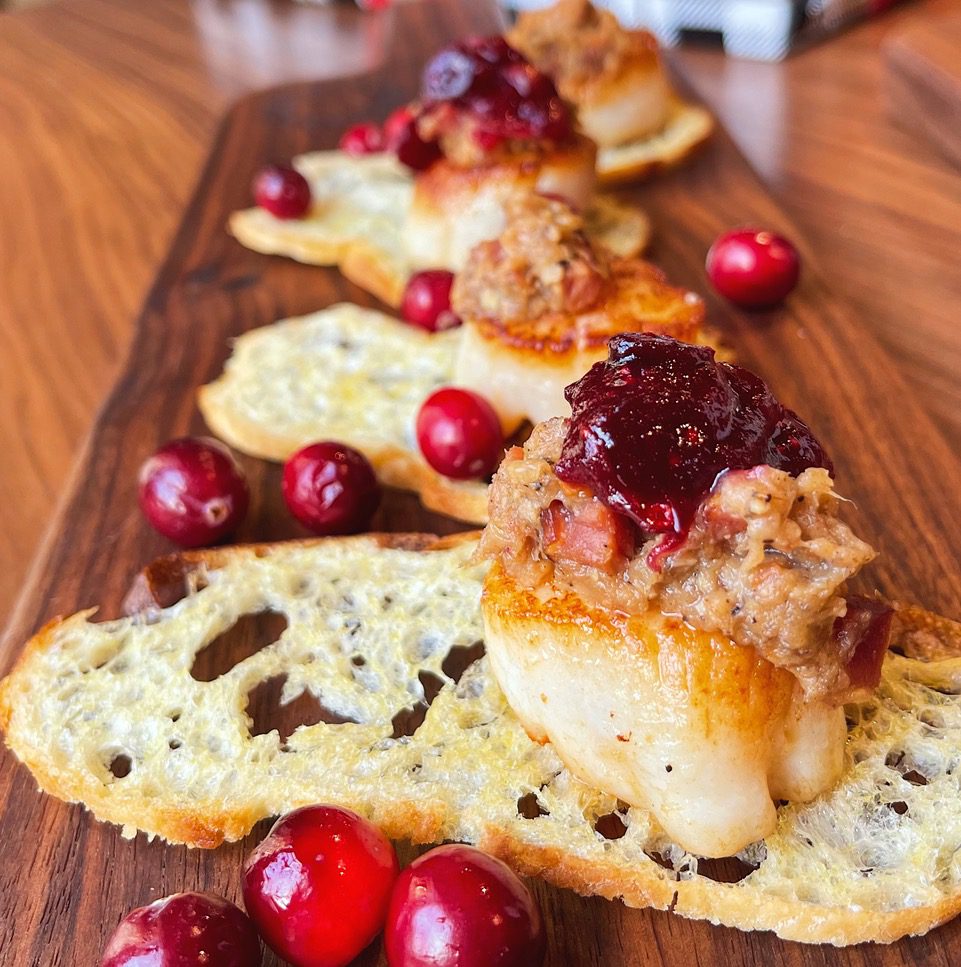 -in a medium size fry pay, fry the bacon in the canola oil until crispy, add the shallots and the kelp, cook for 2 minutes, remove from heat and add the whiskey

-In a small pot, simmer everything together for 15 minutes over medium heat until the dried and frozen cranberries are tender and soft and the liquid is reduced by half

-season the scallops with the sea salt

lay the scallops in the pan and sear for 3-4 minutes until they are golden brown.

Remove the scallops from the pan.

Serve on top of the seared scallops as a hors d’oeuvres with some toasted baguette or a small appetizer.